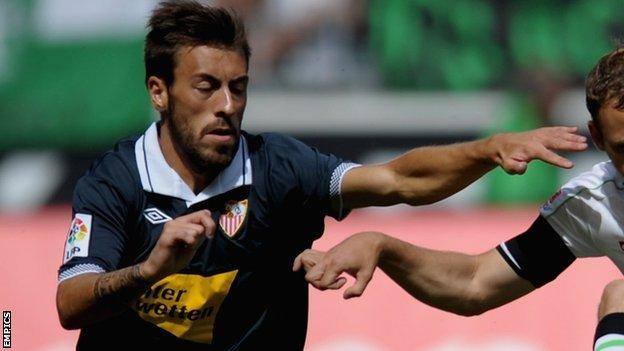 Aston Villa have made their fifth summer signing by bringing in Sevilla left-back Antonio Luna for an undisclosed fee.

The 22-year-old, who came through the Sevilla youth set-up, made 11 La Liga appearances during a loan spell at Mallorca last season.

He joins Villa on a three-year deal.

"I've always believed that I could play in the Premier League," said Luna. "To have this opportunity with a club as historic and huge as Aston Villa and with a manager who is building a squad of young players with great prospects is tremendously exciting.

"The manager explained to me that it is a young squad but also one with good experience and everyone is hungry.

"There have been many good and great players from Spain who have come here and succeeded and I know I can adapt my game also.

"The quality of football in La Liga is also respected everywhere and this is why I believe I can do well in the Premier League."