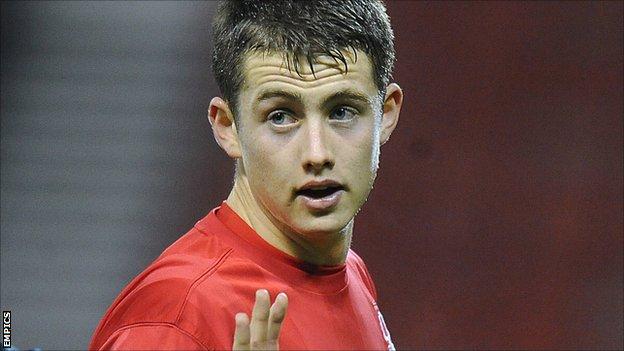 Byrne, 20, arrives at Bucks Head following his release by Rochdale, having spent the latter half of last season with the Sandgrounders.

Seven of Telford boss Liam Watson's 11 summer signings played under him at Southport.

Watson took charge on 3 May following Telford's relegation back to Conference North.

His first two signings were Southport duo Sean Clancy and Simon Grand and he has also signed two players from promoted Chester, striker Tony Gray and midfielder Matty McGinn, who both played under him at Haig Avenue.