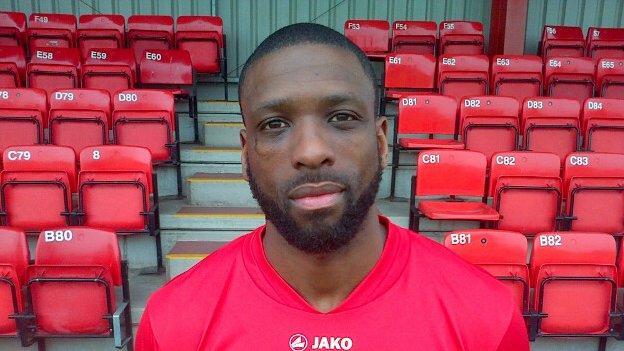 Tamworth have signed striker Justin Richards on a free transfer, following his release by Oxford United.

The Lambs have also signed 18-year-old winger Kaiyne Woolery from Maidstone United to take their total of signings to six this summer.

Richards on the road

Sandwell-born Richards began his career at The Hawthorns in 1997, making just one appearance before moving to Bristol Rovers for £75,000.

He failed to score in 17 appearances during his two years there, which included loan spells at Colchester United and Stevenage Borough.

A year back in the Football League at Peterborough, including loan spells at Grays Athletic and Boston United, was then followed by two seasons at Kidderminster Harriers, where he netted 23 goals in 70 games.

But a torn cruciate knee ligament injury in February forced him to miss the rest of the season and Oxford released him in May.