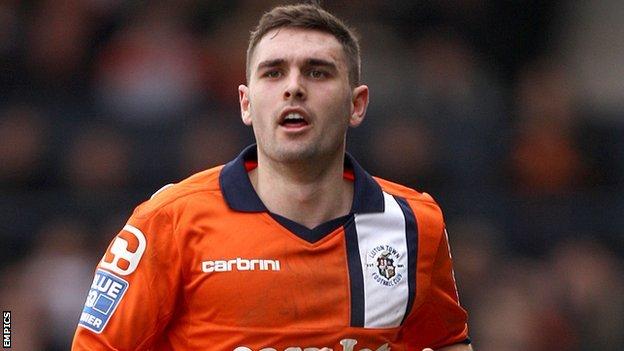 The 23-year-old, whose move will be completed on 1 July, finished last season on loan at Conference champions Mansfield, making eight appearances.

He joined the Hatters from Darlington in 2011 and played for them 38 times.

"I've played at Cambridge a few times and it's always been one of my favourite grounds in the league," the left-back told the club website.

"I already know Ian Miller, Adam Cunnington and Richard Tait so it's nice to come into a team where you know a few people. They're all good lads and I'm happy to be working with them again."