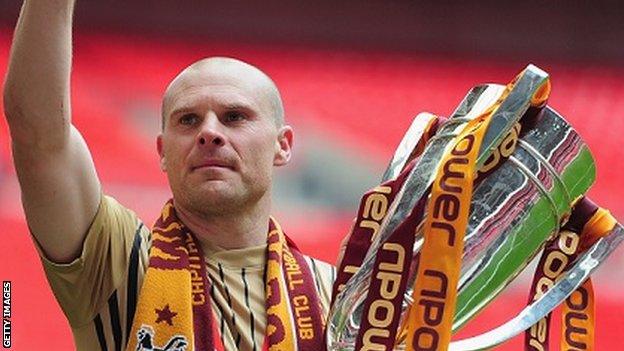 Jones, 36, was originally offered the deal after the Bantams clinched promotion to League One last May.

The midfielder told the club website: "I am raring to go, the manager is raring to go, I think we all can't wait to get started again."

City also reached the Capital One Cup final at Wembley, in which they were beaten by Premier League Swansea City.

Jones was also selected in the League Two team of the season, as voted by the Professional Footballers' Association.

Jones continued: "There are a lot of big clubs in League One now and hopefully we can get Valley Parade rocking again next season as it was this year.

"I have absolutely loved playing my football here, this is a great club with great fans, and I am really looking to the season ahead."

Jones signing comes after team-mate Andrew Davies' decision to do likewise with his own contract extension earlier this month.