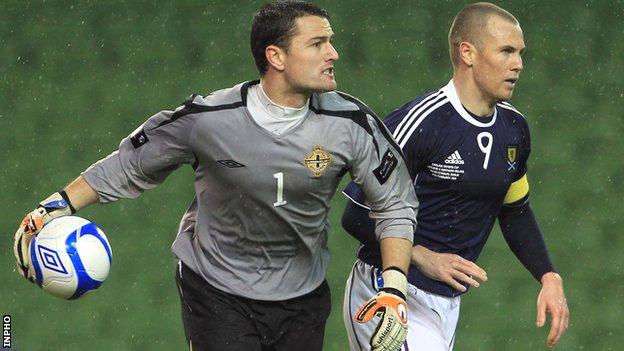 The 26-year-old from Banbridge, who has also played for Partick Thistle and Inverness Caledonian Thistle, made his senior international debut in 2008.

Tuffey has played just 17 club games in the last three years and only once in his sole season with St Johnstone.

"It's probably one of those situations where the circumstances seem just about right for everyone involved," Jeffrey told the club website.

"What has been most pleasing about Johnny's signing is not just his desire to come and play for Linfield but his willingness to join Linfield within the existing wage structure at the club.

"He is a massively talented player and I'm very excited by his signing.

"I'm just delighted, as I'm sure our supporters will be, to be able to strengthen the squad with what is a most significant signing."