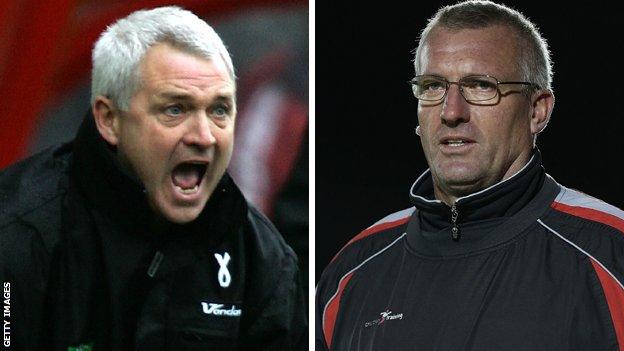 They are looking for a replacement for Darrell Clarke, who has been named assistant manager at Bristol Rovers.

Former Stoke, Leicester and West Brom boss Little, 59, has been out of work since leaving Gainsborough in 2011.

Flowers, 46, is currently a coach at Northampton, but has past managerial experience with Stafford Rangers.

Former Hartlepool and Mansfield midfielder Clarke had been in charge of Salisbury since 2010, having ended his playing career with the club.

The 35-year-old guided them to the Conference Premier in May - their second promotion in three years - and his assistant Mikey Harris, currently in charge in a caretaker capacity, could step up if the club decide to appoint from within.

However, former Arsenal and England midfielder Graham Rix, who is now head coach at Portchester in the Wessex League, is also among the external candidates.

The list also includes ex-Southampton defender Paul Telfer, the assistant manager at Conference South side Sutton, as well as David Holdsworth, Steve King, Liam Daish and Terry Brown, all four of whom have managed in the top flight of non-league football.