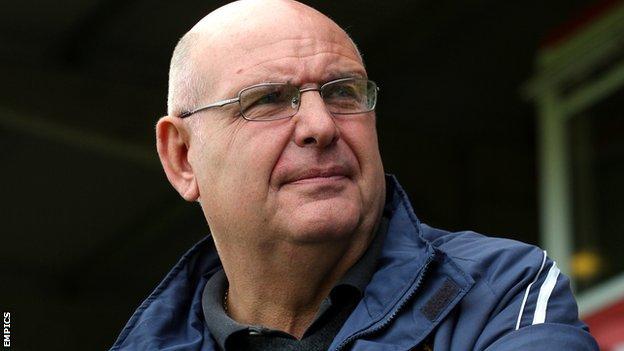 Luton Town boss John Still has told his players they will be out of the club if they come back to training unfit.

Still will be overseeing his first pre-season as Hatters manager and will be looking to end their five-season exile from the Football League.

"I'm pretty easy going but coming back in the right condition is important," he told BBC Three Counties Radio.

"If players don't come back in the right condition I don't want them. I told them that before they went."

Still, 63, replaced Paul Buckle at Kenilworth Road in February, ending his nine-year spell at Dagenham, a club he had taken out of non-league and briefly into League One.

He will now aim to take Luton back to the Football League and has demanded his squad are fit for a Conference promotion push.

"They've all been given schedules and know what condition they need to come back in," he said.

"Don't come back in the right condition and you won't work for me - that goes for players who have been here two years or two months."

was Still's seventh of the summer and could mark the end of the pre-season arrivals.

"If something startling turns up that I think we have to do we would do it," added Still. "I think we can feel reasonably comfortable in the quality and size of the squad."