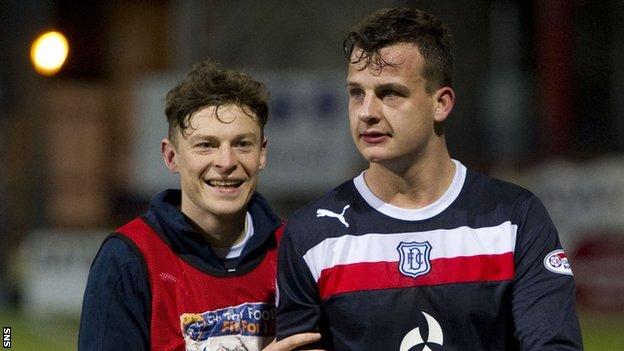 Benedictus is a product of the Dens Park youth system and made his first team debut in 2008.

Riley, who began his career as a youth at Celtic, signed for the Dee in 2010 after being released by Hamilton.