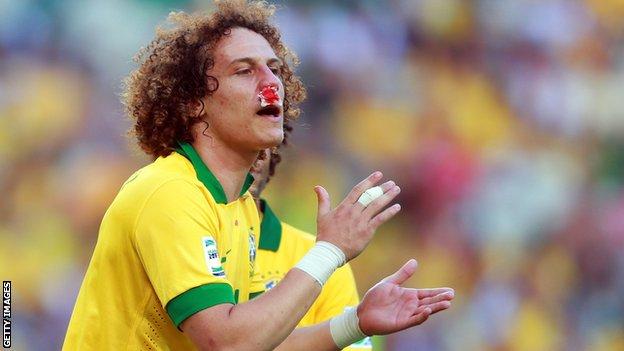 Chelsea and Brazil defender David Luiz will have surgery on a broken nose after the Confederations Cup.

The 26-year-old defender picked up the injury in a collision with team-mate Thiago Silva during Brazil's 2-0 win over Mexico on Wednesday.

Luiz will wait until after the tournament to have the surgery.

"I'll have to wait until the end of the competition and undergo surgery to fix it," Luiz was quoted as saying on the official Chelsea website.

"Yes, my nose is broken, but that's part of the game."

Luiz Felipe Scolari's Brazil have won their opening two games of the competition against Japan and Mexico to qualify for the semi-finals.

They face Italy in the final group game on Saturday to decide who goes through in top spot.