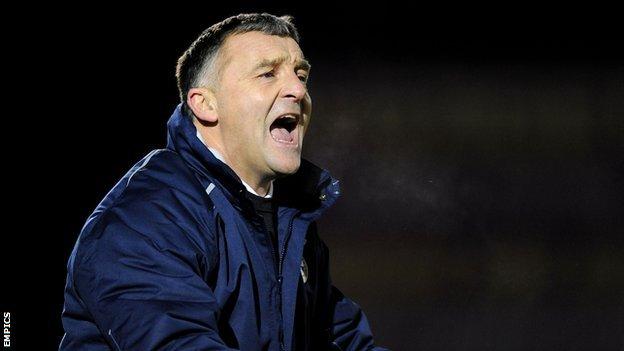 Former Doncaster boss Dave Penney has said he has no problem becoming the assistant manager at Southend United.

"I know what this division is all about," Penney told BBC Essex.

"Being the number two is not a problem. Phil can talk to the media and the chairman and everything that goes with it and I can watch his back."

Penney, 48, took Rovers out of non-league in 2003, ending their five-year exile from the Football League, and won the League Two title a season later.

He has also had spells as Darlington, Oldham and Bristol Rovers boss.

Southend currently have just 11 professionals on their books, so Penney will hoping to help Brown in his recruiting for next season.

"There are a couple of clubs that have made a lot of transfer movement in this division but everybody else is a little bit quiet," he said.

"Clubs are holding back, seeing if anybody becomes a little bit cheaper and players will start panicking on Monday when pre-season training starts, they'll need to get themselves back into clubs."