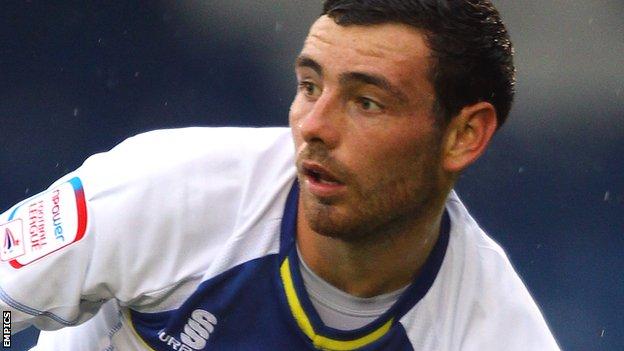 Rotherham United have completed the signing of winger David Worrall for an undisclosed fee from Bury.

The 23-year-old has signed a two-year deal with an option of a third year.

He is Millers boss Steve Evans' fourth signing of the close season, following Joe Skarz,Richard Brindley and Adam Collin into the club.

Worrall told the club website: "I spoke with Joe Skarz who I knew at Bury, looked around the stadium and knew it was a great move for me."

He continued: "Looking around it was a lot different to what I am used to.

"I spent five years at Bury where there were many ups at the start but last season was a struggle. As soon as I spoke to Rotherham and learned about what the manager had planned I jumped at the chance to sign."