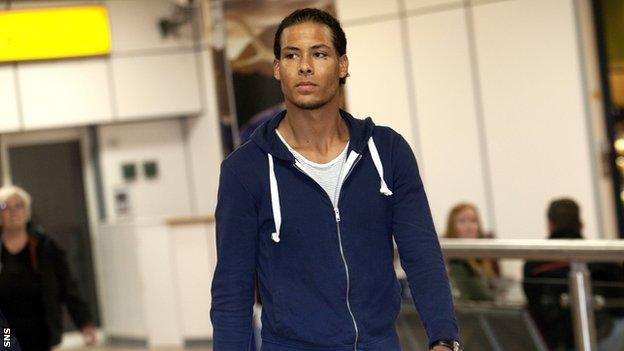 Celtic are closing in on a second summer signing, with Netherlands Under-21 defender Virgil van Dijk in Glasgow for talks and a medical on Thursday.

He said at Glasgow Airport: "Celtic is a big club and it is fantastic to be here. They play in the Champions League and that is a big thing for me.

He is under contract to the Eridivisie side for two more years.

Describing a deal with Neil Lennon's side as "very close", the Dutchman admitted seeing Celtic play in the Champions League was a major draw.

"The game against Barcelona was a big game and I watched it at home," he told reporters.

"It was a very good game. I look forward to playing in the Champions League."