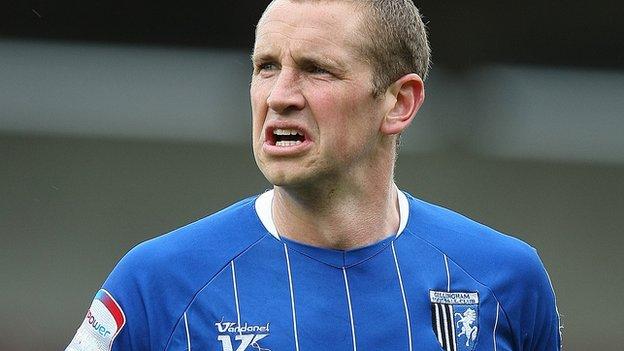 The 33-year-old's contract expires this summer and he is set to move on a Bosman free transfer.

"We have spoken at length with Andy Frampton and terms have been agreed with the player," Dons boss Neal Ardley told the club's website.

"Although we are hopeful of concluding a deal and Andy would be a major asset to us if he signs, we do not wish to comment further until he has signed."

Frampton will undergo a medical when he returns from holiday.

He has made 58 league appearances for Gillingham during two years with the Kent club, having previously had spells at Brentford, Millwall and Crystal Palace.