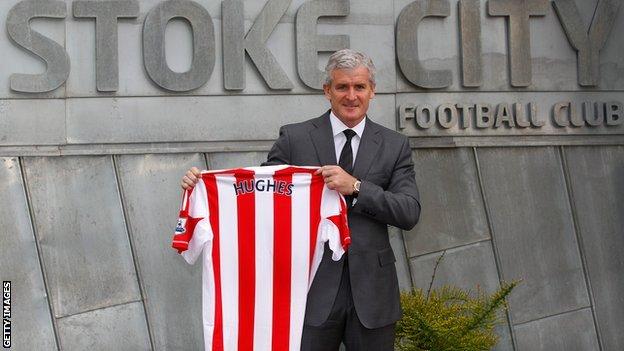 The Potters travel to Liverpool in Hughes' first league game in charge of the Staffordshire club on 17 August.

"It's a tough start as we play three of the so-called big clubs in our first five games, but we're looking forward to the challenge," Scholes said.

Hughes was appointed Stoke manager at the end of May, six months after being sacked by QPR.

The 49-year-old replaced fellow Welshman Tony Pulis, who left by mutual consent after seven years in charge at the Britannia Stadium.

Scholes added: "To start with an away trip to one of the so-called big clubs is a great way to begin our sixth campaign.

"I think it's a good game for Mark Hughes to begin his career as Stoke manager."

Newly promoted Crystal Palace will be the first visitors of the season to the Britannia Stadium, on 24 August.

Scholes added: "It will be the first time we've played Crystal Palace in the Premier League but we played them last year in the FA Cup."