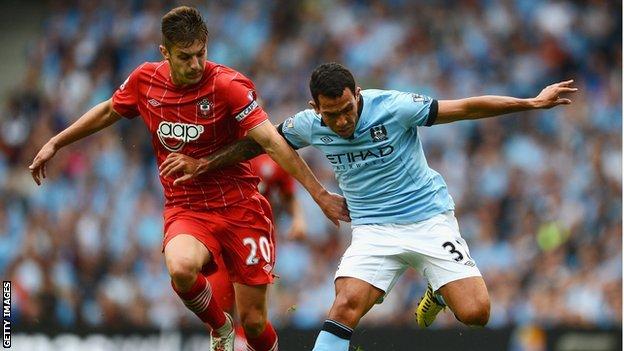 Southampton captain Adam Lallana believes the South Coast club have some "winnable games" in the opening weeks of the new Premier League season.

Last season they lost to Manchester City, Manchester United and Arsenal in their first four fixtures.

He told BBC Radio Solent: "Every game is tough in the Premier League but you look at the opening five or six games and there are some winnable fixtures."

He added: "We want to get off to a good start, get some points and gain some momentum."

Southampton finished 14th in the Premier League table last season, having been promoted from the Championship in the previous campaign.

The 25-year-old midfielder scored three times in his debut top-flight season during what was an injury-hit campaign, but is hoping to better that tally next time around.

"I want to play as much as possible and contribute to the team as much as I can by getting four or five more goals," he said.

"I feel after last season I will be a better player."