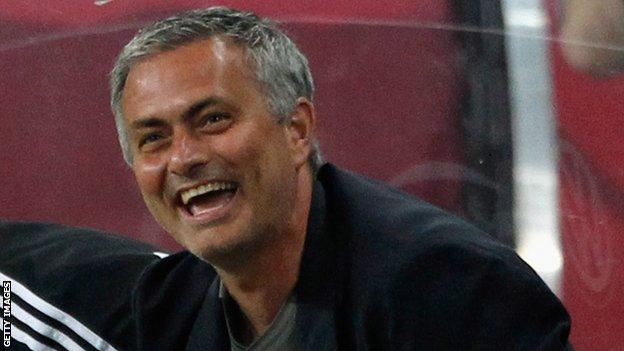 Chelsea boss Jose Mourinho is ready for an "emotional" start to life back at Stamford Bridge, with Hull City the opponents for their season opener.

The newly promoted Tigers will visit on the weekend of 17-18 August.

"Starting the season at home is a great way for our supporters to show the players they are ready to be behind the team all the way," said Mourinho.

"At the same time, it is a great way for the players to show how much they are motivated and committed."

The 50-year-old admitted it "was an easy decision to make" to return to the club where he won two Premier League titles during his first spell between 2004 and 2007.

"I am so happy to start at the Bridge, but at the same time Hull City is a team who were promoted from the Championship and they will have that spirit, even if now they are in the Premier League," added Mourinho on Chelsea's website.

"So it is an emotional but a hard start.

"I wish every club well for the season and I especially hope we can all make it a great competition for Premier League fans all around the world."

A week after hosting Hull, Chelsea face Manchester United at Old Trafford in what will be David Moyes's first home game in charge of the champions.

Moyes replaced fellow Scot Sir Alex Ferguson, who retired at the end of last season, despite press speculation linking Mourinho with the role at Old Trafford.

The Portuguese said at the weekend: "I knew that Ferguson was retiring many months ago.

"I would have turned down every job in the world - the Manchester United job, every one - for Chelsea."