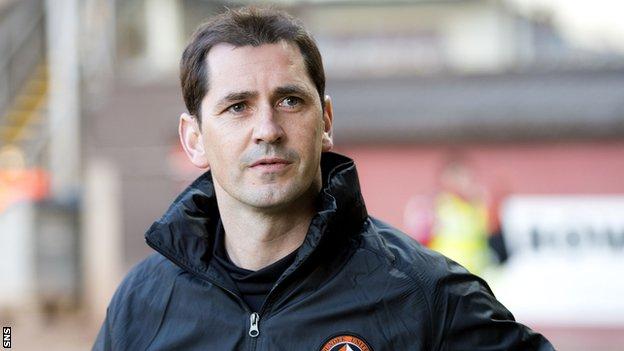 McNamara, who left Thistle to manage Dundee United in January, is due to face his old team in their first SPL fixture of next season.

And O'Donnell is hopeful the Jags fans will remember his old manager's efforts at the club.

Hopefully, the fans see he did a great job before he left

"Jackie was immense in my career. Hopefully, the fans see he did a great job before he left," he said.

Chris Erskine and Paul Paton will also be returning to Glasgow, after signing pre-contract agreements with the Tangerines and O'Donnell is looking forward to welcoming them back.

"They've done excellent for us last season; hopefully the fans give them a good response, but hopefully they go away with nothing at the end of the day," he quipped.

The 21-year-old defender says promoted Thistle's aim for the upcoming season is simple.

"The main target is we need to stay in the SPL, that's where Thistle should be and that's where we want to be," he said.

"It'll be tough, there's no question about it, there's a lot of good teams in the SPL.

"Even if Hearts were to get this deduction [Hearts will start the new season with a 15-point penalty after entering administration] they're still a big side and a good side - they could very easily claw it back."