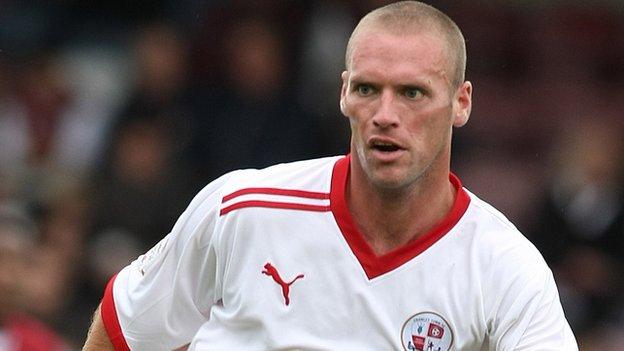 The midfielder, who was on loan at the Sussex club in the 2011-12 campaign, has joined on a two-year contract after being released by Ipswich.

"The squad has changed since I was there," Drury told BBC Sussex.

"I think it's going to be a fairly open league. Hopefully we can finish top 10 to play-offs - we'll be going for the play-offs, hopefully."

Crawley are preparing for their second season in League One, which promises to be a tough division following the relegation from the Championship of Wolves, Bristol City and Peterborough.

But Drury, 29 said: "It proved last year that smaller clubs can go up.

"Crawley aren't as big as clubs like Wolves and Bristol City but if you can get a winning mentality going then you never know what can happen.

"If we get a few wins under our belts it does give the squad confidence to push on and then hopefully we can be up and around the top six all season."

Having struggled to hold down a regular first-team place at Ipswich, Drury is hoping for a new lease of life at Broadfield.

He admits he was unhappy towards the end of his time at Portman Road and needs to kick-start his career.

Drury said: "I didn't enjoy my football as much as I should have done over the last 18 months.

"I want to get back to playing regularly and enjoying football."