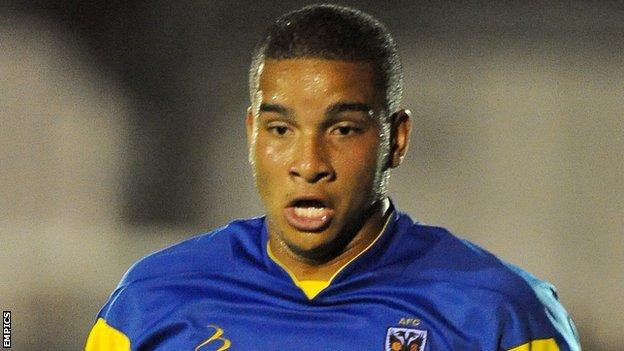 But, after his release by Gateshead, the former Brentford, AFC Wimbledon and Salisbury defender has now joined the Bulls on a one-year deal.

Pilkington, 23, spent last season with local rivals Kidderminster Harriers, for whom he scored twice in 27 games.

"There was competition for Danny's signature, but he's decided to put pen to paper here," said Bulls boss Martin Foyle.

"As for Chris, he has got to get fit, he knows that. He didn't have a great deal of game time up at Gateshead.

"But he'll have a good pre-season with us and he'll be ready for the start of the season.

"I like Bushy, he's a good person, he's got a good attitude."

On top of six players being released and three loan players returning to their parent clubs, Foyle has also lost three more players from the side that finished last season.

But, having finished the season in financial disarray, Hereford have now made four summer signings, having already brought in Cambridge United striker Sam Smith and Luton Town winger Dan Walker.

And, on top of the already-contracted Chris Sharp, they have also signed up skipper Luke Graham, midfielder Josh O'Keefe and defender Rod McDonald on new deals, giving Bulls boss Foyle a total of eight first-team players signed up for next season.