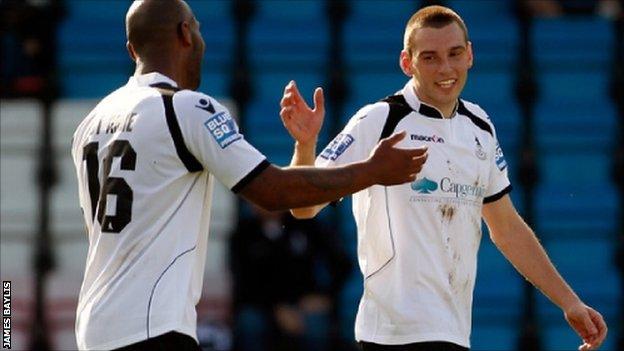 The 23-year-old has signed a one-year deal at Holker Street.

Davies played 13 games for the Bucks in 2012-13 before picking up an ankle injury in December which ruled him out of the rest of the campaign.

He began his career with Walsall, but made only three appearances for the Saddlers before moving to Telford.