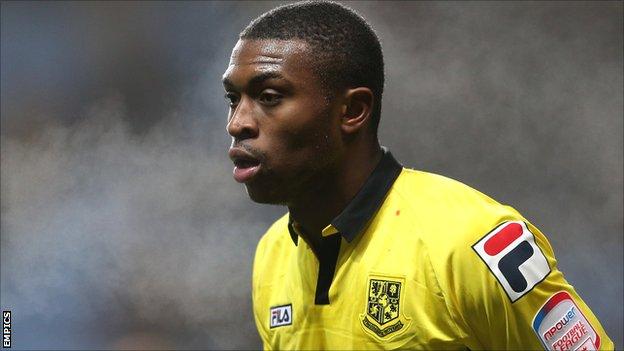 Carlisle United forward David Amoo has said manager Greg Abbott's attention to detail was key in his decision to sign .

The former Liverpool trainee, 22, completed the move last week after a short-term spell at Tranmere Rovers.

"He'd watched me and seemed like he knew about me as a player and that won me over. The manager wants to help me develop and that appealed to me."

Amoo added: "Carlisle was a place that I wanted to be."

After making his first-team debut in Liverpool's Europa League victory against Rabotnicki in July 2010, the versatile forward spent time on loan at MK Dons, Hull City, Bury and Preston, who he joined permanently when he left Anfield during the 2012 close season.

However he made just 24 appearances at Deepdale before a six-month spell with Tranmere where just six starts and one goal led to his exit at the end of the campaign.

"I'm still young, but I won't be young forever. I need to get the games under my belt because that's how you improve."