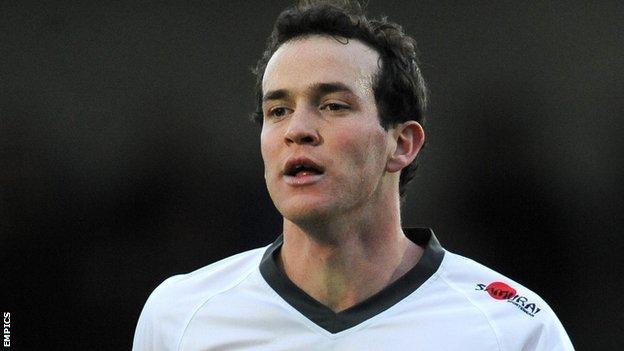 The 25-year-old midfielder, who began his career at Wigan, joined Stanley in 2009 after his release by Carlisle.

Joyce has made over 150 appearances for the club and missed just five matches over the past two seasons.

"I've just moved house, my wife's pregnant and expecting in August, so it's fantastic to be able to get it all done and dusted," he said.

"I take great pride in the fact that I've missed very few games and I'm a little bit disappointed about the couple of games I did miss last season."

Joyce is the ninth player from last season's squad to commit himself for the upcoming season and is looking for Stanley to avoid a repeat of last term's relegation worries.

"We can't forget the disappointment and frustration we felt last year when we were down near the bottom of the league but we need to use that to inspire us and make sure we're not in that situation again," he added.