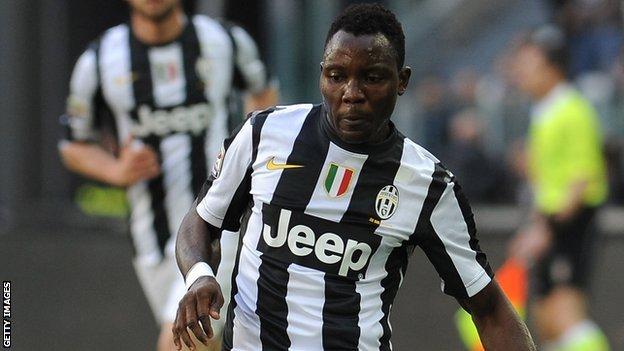 The Italian champions will pay Udinese a total of US$12.05 million over the next three financial years for him

"Juventus announces that it has terminated the current co-ownership agreement with Udinese concerning the registration rights of Kwadwo Asamoah," the club announced on their official website.

Juventus have also extended co-ownership deals for Mauricio Isla and Cristian Pasquato with Udinese until next June.