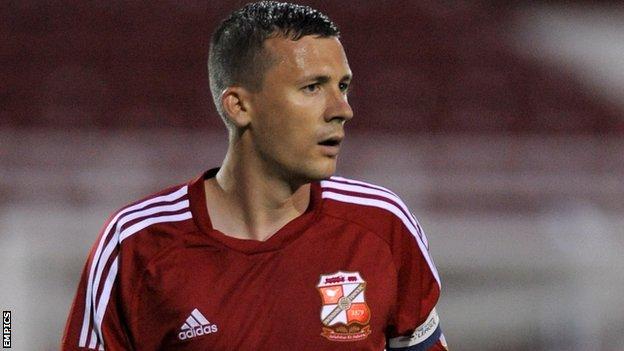 The Blues have since made several unsuccessful bids to sign the 24-year-old on a permanent deal and MacDonald says there have not been any "concrete" offers from other clubs.

"At the moment I expect Paul back," MacDonald told BBC Wiltshire.

"He had a very good season at Birmingham last year, but they seem to be in the market for a couple of other players and haven't come up with the money for Paul."

Caddis still has a year left to run on his current Swindon contract, having agreed an extension in May 2012.

Three months later Di Canio stripped the the right-back of the captaincy, citing a change in the player's attitude as the reason for his demotion.

The Scotsman was sent out on loan to Birmingham in August and went on to make 28 appearances for the Championship club.