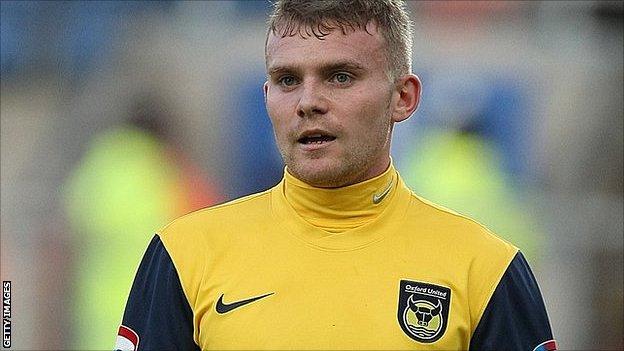 Oxford United winger Alfie Potter has signed a new three-year contract with the club, keeping him at the Kassam Stadium until 2016.

Potter, 24, joined on loan in July 2009 from Peterborough but signed permanently a year later.

He played 52 times last season, scoring 11 goals and was a key member of manager Chris Wilder's side.

"Ever since I came through the door four years ago, I have loved being part of this club," said Potter.

"I am really looking forward to being part of it again as we try and take Oxford United up to League One and beyond.

"The fans have been fantastic with me and I can't wait to get back for pre-season and get playing in front of them again.

"I did OK last year but want to keep improving and growing as a player. We have done a lot of strength and conditioning work, which means that I feel so much fitter and stronger than when I first joined and I just want to help Oxford United do well."

Manager Wilder was also pleased to see London-born Potter sign a new deal with the club.

"I brought Alfie in as one of my first signings and he has progressed season on season," said Wilder.

"Hopefully he will continue to progress and improve and that will benefit the team and the club over the next two or three years. It is another indication that the senior players have real confidence in the way that Oxford United is going forward as a club.

"Alfie is a big favourite with the fans, but also with the players and the staff and we are absolutely delighted that he has signed."

Meanwhile, Oxford United will travel to Portsmouth on the opening day of the 2013/14 season.