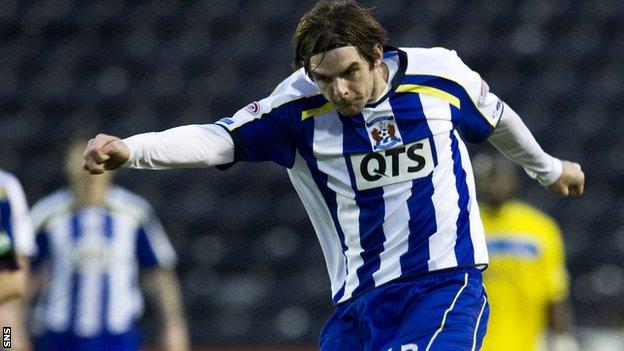 Cillian Sheridan is to join Apoel Nicosia after the Cypriot club agreed an undisclosed fee for the Irish striker with Kilmarnock.

The 24-year-old, who will sign a one-year deal with the option of another 12 months, scored 10 goals last season.

"We've been in discussions about this for a couple of weeks. The player is keen for the chance to move on," said Killie chairman Michael Johnston.

"They have Champions League coming up and believe he can boost their chances.

"It's now up to Cillian and the club to agree terms and complete the deal.

"Obviously he was not involved in the team much towards the latter part of the season and he has decided this is the best option for his career."

The Irishman began his career at Celtic and has experience of playing overseas, with CSKA Sofia in Bulgaria.

He returned to the Perth club for a second loan period before signing for Kilmarnock in September 2012.

The Rugby Park outfit are currently seeking a new manager following the departure of Kenny Shiels.