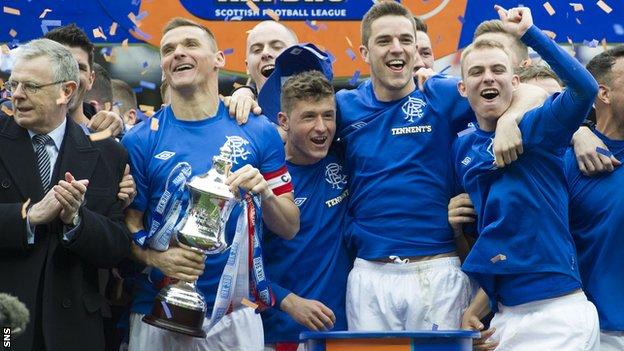 Relegated Dundee will travel to promoted Queen of the South on the opening day of First Division fixtures for next season.

Alloa Athletic, who are also new to Scotland's second tier, are at home to Livingston on 10 August.

In Division Two, Rangers kick off with a home match against Brechin, while demoted Dunfermline meet East Fife.

The campaign will see all of Scotland's senior clubs under the banner of a newly-created Scottish Professional Football League, which will be ratified later this month.

Hamilton, Falkirk and Queen of the South will have new artificial surfaces installed in time for the big kick-off.

Queen of the South v Dundee

Read a full list of Division One fixtures here.