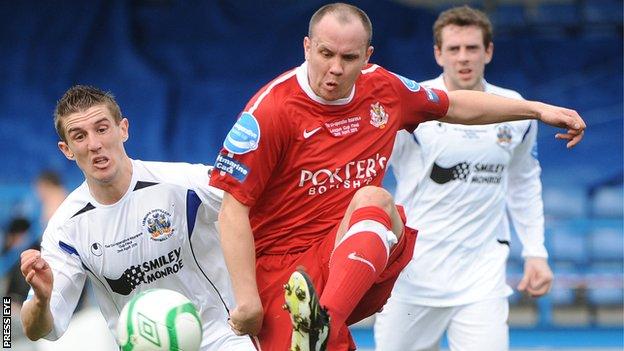 The 34-year-old had been in charge of Portadown's reserves since December and recently resumed playing after overcoming testicular cancer.

Clarke, from Castlederg, has B Licence coaching qualifications and was capped by Northern Ireland at Under-21 level.

Championship One is the second tier in the Irish League set-up.

Clarke won the NI Football Writers' Young Player of the Year award in 1999 and was in the Ports side which won the Irish Premiership in 2002 and Irish Cup three years later.

"It was a tough decision to leave Portadown. I signed for them in 1994 and they have been my only club at Irish League level," said Clarke.

"I spoke with manager Ronnie McFall and he understood my interest in the Dergview job.

"He wished me all the best and I am leaving Shamrock Park on good terms."