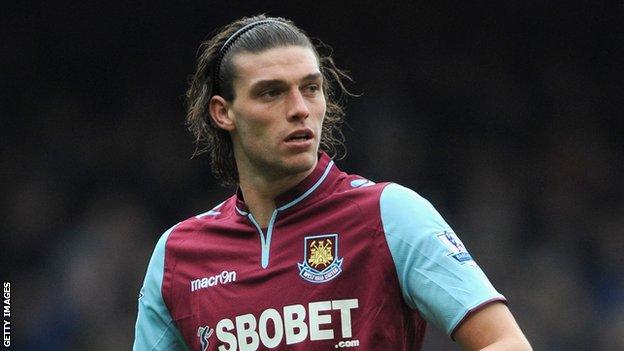 Liverpool striker Andy Carroll has passed his medical at West Ham prior to a £15m move.

The transfer fee was agreed in May, but the England international was unsure about a move before a World Cup year.

"We managed to bring Andy's medical forward and I am delighted to inform you that he has passed with flying colours," chairman David Gold tweeted.

The examination was expected to be a thorough one, because of the fee involved and the player's record of injury problems.

The former Newcastle player fell awkwardly in the Hammers' final game of the season, picking up a heel injury that forced him out of England's two post-season friendlies against the Republic of Ireland and Brazil.

That followed previous problems with his hamstring and knee, which disrupted much of the first half of his campaign at Upton Park.

Carroll was signed by Kenny Dalglish for Liverpool on transfer deadline day in January 2011, for what remains a record fee for a British player.

He had impressed by scoring 31 times for his boyhood club Newcastle United in 81 appearances, but his time at Anfield was short-lived.

Coupled with the arrival of Brendan Rodgers and a new style of play, Carroll's return of just six goals in 44 league outings for Liverpool saw him loaned to West Ham in late August 2012.