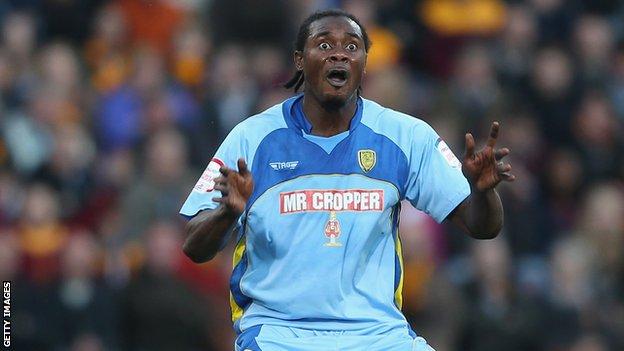 "You don't get an opportunity like this every day of your career," Zola said of his move.

DR Congo-born Zola began his career with Newcastle United and also had spells with Oldham, Tranmere and Crewe, before joining Burton in July 2011.

"I'm really excited at the prospect of playing for a club like Aberdeen and bringing the success that I think it deserves," he added.

The 6ft 3in forward revealed that McInnes sold him on the move: "From the second I met him I could feel this was something I wanted to be part of."

The Dons boss has already recruited midfielders Barry Robson and Willo Flood ahead of the new campaign.