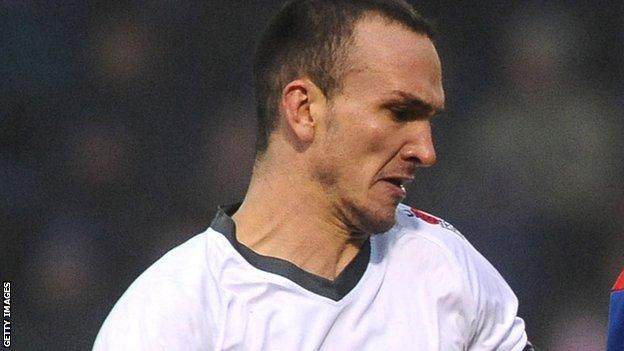 Accrington Stanley defender Tom Aldred has signed a new deal that will keep him at the club until 2015.

The 22-year-old joined on a short-term deal in January after his release by Colchester and started the final 12 games of the season.

Aldred began his career at Carlisle before a move to Watford.

"If we can start this season as we finished the last then we've got every chance of being right up there," he told BBC Radio Lancashire.

"I definitely don't think this club will be in the situation it was in last year and I definitely think it's a club on the up. I'm really excited.

"When James [Beattie] got the job [as manager] I was delighted and that sort of sealed the deal for me really. I trust him and I think he's good for the lads so I was happy to sign."

Aldred becomes the eighth player from last season to commit himself to the club as ex-England striker James Beattie prepares for his first season in management.