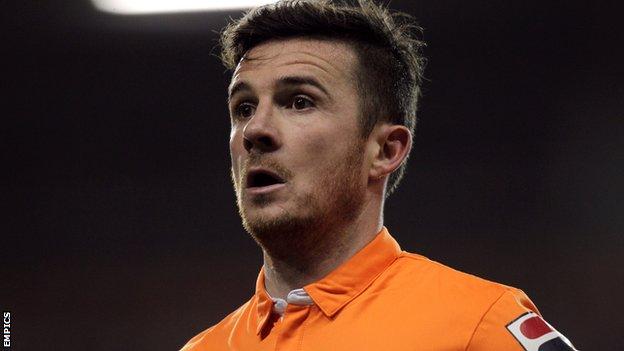 The 35-year-old was one of a number of players offered new deals by boss Paul Ince despite spending time on loan at League Two side Fleetwood last year.

"I did consider it [retirement]. But my decision was made when Paul Ince came in, to be honest, as he put me straight back in the side," Ferguson said.

I'm 35 and a half now, but I don't see any reason why I can't play another year or two

Ferguson, a former Scotland captain, came through the youth system at Rangers and went on to make 231 appearances for the club before leaving for Blackburn in 2003.

Having returned to Ibrox in 2005 for further four-year spell he moved on to Birmingham and then to Blackpool two years later.

"I wanted to go out at the highest possible level and the Championship is still a high level for me," Ferguson added.

"I'm not looking any further than getting back and playing for Blackpool. I'm feeling as fit as I've been and I think I proved that to people in the last 13 games that I can still play at that level.