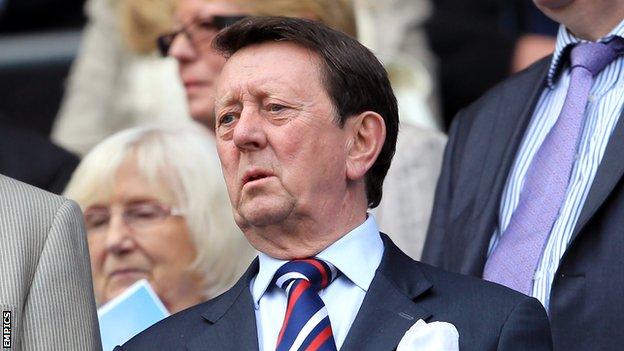 It is believed that Robinson will have a director of football style role with a focus on transfers.

Richards, a close friend of Leicester's Thai owners, ends his 14-year tenure as chairman of the Premier League at the end of the month.

But he told BBC Radio Leicester that people have been jumping to conclusions about him taking over as Foxes chairman after seeing him with City's owners.

It is still thought that Richards could have a senior role with the Foxes but there has been no confirmation from the club.

Meanwhile seven-time French champions Monaco have confirmed they will visit the King Power Stadium for a pre-season friendly next month.

Monaco, who are managed by former Chelsea boss Claudio Ranieri, will face the Foxes on Saturday, 27 July.

The new Championship season gets under way with an away game against Middlesbrough on Saturday, 3 August.