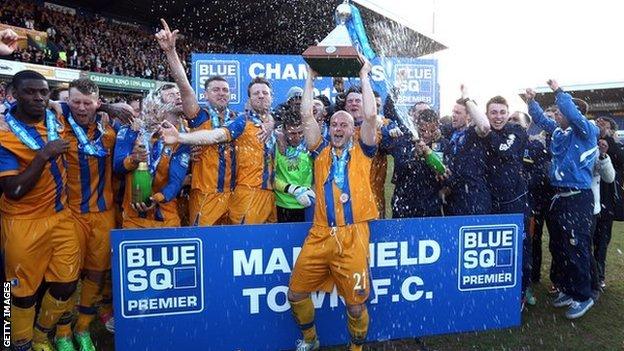 Mansfield Town will make their Football League return at relegated Scunthorpe when the new season starts on 3 August.

Portsmouth, who were in the Premier League until 2010, start their League Two campaign at home to Oxford.

Newport will begin life back in the Football League after a 25-year absence with a home game against Accrington.

Exeter host Bristol Rovers in a West Country derby while the Grecians' Devon rivals Plymouth start at Southend and Torquay have a home game against AFC Wimbledon.

The new season's fixtures are preceded by the first round of the League Cup, which was drawn last week and will take place in the week beginning 5 August.