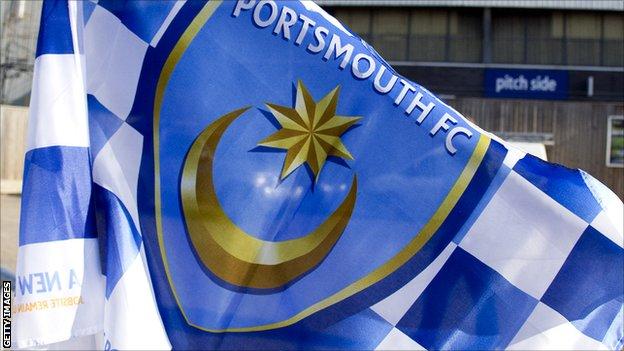 Portsmouth's players are to spend pre-season at a temporary training ground.

The club had been hopeful of getting a new base for the first-team squad and club's academy in time for the players returning at the end of this month.

But Pompey's chief executive Mark Catlin says he expects any deal to take a few more weeks to complete.

"It's not just a case of getting three pitches on a park, these pitches need to be brought up to standard," Catlin told BBC Radio Solent.

Obviously I want someone as quickly as I can, but I am not going to appoint somebody just for the sake of appointing them

The club used to train at King Edward VI School in Eastleigh, but left because of cost-cutting last season and moved to Eastney Barracks.

Pompey have been searching for a new training base ever since and although Catlin said a deal had been agreed in principle, it was not a simple process.

"There is a little bit of fine detail and a little bit of making sure we have accessibility to the site and bring the pitches up to the standard that Guy (Whittingham - Pompey manager) wants.

"They (the pitches) need a bit of investment, but it is just a case of us getting access so we can start the work and then we can sign the contract," he added.

Meanwhile, Whittingham will continue to interview candidates for the role of first-team coach this week.

Former Pompey defender Darren Moore ruled himself out last week and Whittingham has confirmed he does not have anyone lined up at present, but is in no hurry to fill the vacancy.

"It's got to be the right person, first and foremost," he said.

"Yes, obviously I want someone as quickly as I can, but I am not going to appoint somebody just for the sake of appointing them and having them here for pre-season.

"There are a few people out there who are interested, so I will meet them and take it from there."