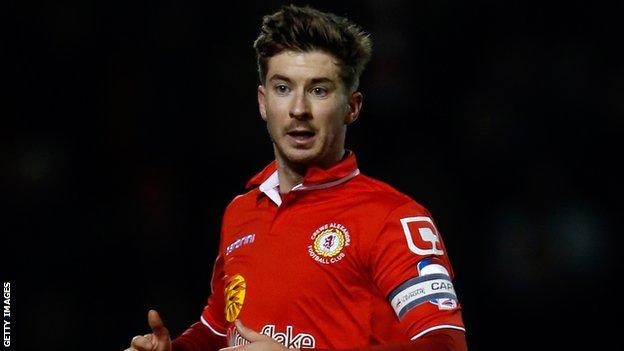 "I think a fee has been agreed with Wolves and that he was due to speak to them," assistant manager Neil Baker told BBC Radio Stoke.

"We'd like to keep him obviously, but when clubs like Wolves come in, you know it's time. And there may be other interests as well."

The academy product, who has also been linked with Premier League side Aston Villa, announced he was "ready for a higher level" after being voted the League One club's player of the year in April.

"The lad has just gone on and on in the last two years and, since we made him captain, his performances last year were exceptional most of the time," added Baker.

"All I can say is there are some poor judges of footballers out there if he's still lining up with us at the start of August."

But BBC Radio Manchester have already reported that Bolton's 31-year-old Welsh international defender Sam Ricketts, who played under Jackett for Swansea City, is also in talks over a move to the Black Country.