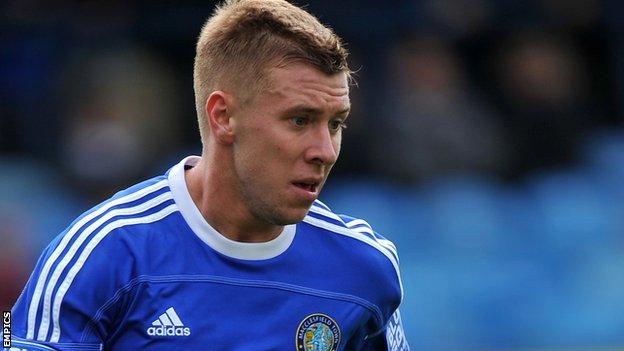 The 21-year-old joined the Silkmen from Barrow last summer and made 40 appearances, scoring three goals.

The former Tranmere trainee impressed throughout the season, including in FA Cup ties against Cardiff and Wigan.

"He's a player with a lot of ability and showed some real moments of brilliance last season. He's a good age and has a great attitude," manager John Askey told the club website.

"The lad enjoys playing at the club, and has turned down more money elsewhere to stay because he is buying in to what we are doing here."