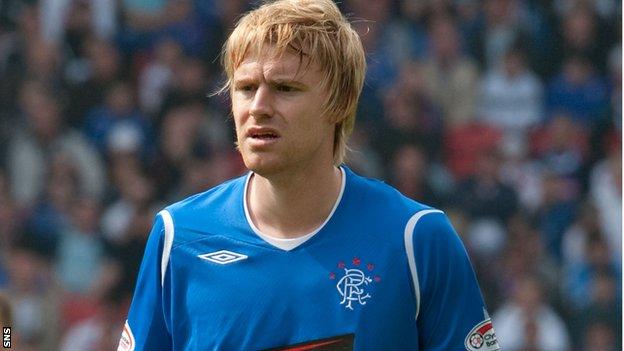 Former Rangers defender Stevie Smith has returned for a second spell at Ibrox.

The 27-year-old had been a free agent since leaving MLS outfit Portland Timbers last year.

After coming through the youth ranks at Ibrox, Smith made 74 appearances for Rangers before moving to Norwich City in 2010.

He failed to become a regular during an injury-hit spell at Carrow Road and, after a loan spell with Aberdeen, switched to Preston North End a year later then spent 2012 in Major League Soccer.

He told Rangers TV: "My fitness is something which is always going to hang over me and it's the first question I've been asked at every club since I left here.

"It's something I've learned to live with and I know it's something people will basically keep asking about for the rest of my career.

"But I'm comfortable with it. I'm fit and healthy and, even though I can't play straight away, I'm going to be able to get a good pre-season.

"When the time comes, I'm going to be ready to play and although it'll have been almost a year since my last competitive game, I'm fine with that."

Smith, who has been back in Scotland since the end of last year, joins goalkeeper Cammy Bell, midfielders Nicky Law and Arnold Peralta and forwards Jon Daly and Nicky Clark as incoming players.