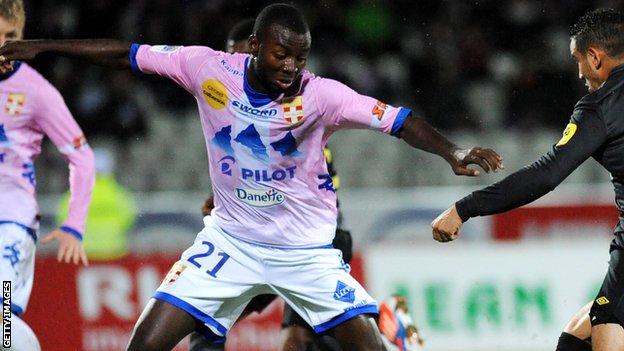 Celtic are stepping up their efforts to sign a central defender and have turned their attentions to Cedric Mongongu, who plays at French Ligue 1 club Evian.

The 23-year-old former Monaco player has 10 caps for the Democratic Republic of Congo.

The Scottish champions are also interested in Virgil van Dijk, a Netherlands Under-21 international.

The 21-year-old moved to Groningen from Willem II in 2011 and is under contract for two more years.

Celtic manager Neil Lennon is searching for a new centre-half, with Thomas Rogne moving on, Rami Gershon's loan expiring and Efe Ambrose missing the start of the season because of his involvement in the Confederations Cup with Nigeria.

The draw for the opening Champions League qualifier will be made on 24 June, with Celtic's first match scheduled for 19-20 July.