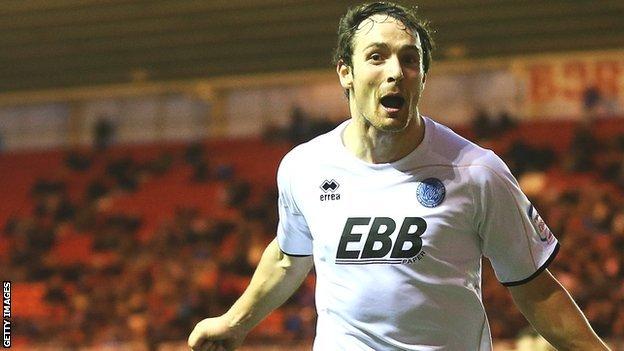 The 24-year-old scored 12 goals in 32 games last season but was made redundant last month after the club went into administration.

"I'm confident that we've got a very good chance of bringing him here."

He added: "He's got a fantastic work ethic and he can get a goal. We're just waiting on his answer now."

Hylton, who was handed an eight-match ban in May 2012 after being found guilty of two charges of racial abuse, scored a hat-trick before being sent off against the Millers in the FA Cup last season.