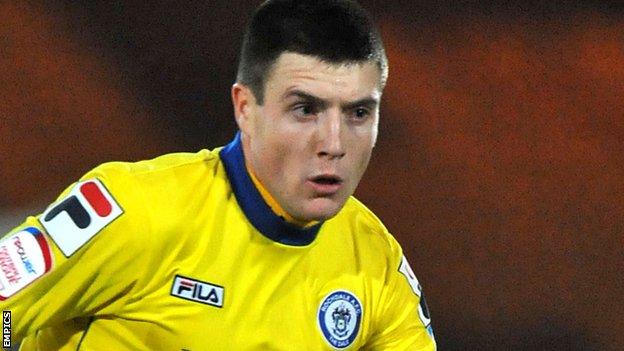 Rochdale striker Bobby Grant has handed in a transfer request at Spotland.

The 22-year-old arrived last August from Scunthorpe for an undisclosed fee on a two-year deal and scored 16 goals in his 38 appearances.

The move reunited him with then Dale boss John Coleman after they worked together at Accrington Stanley.

"He expressed his desire to leave during several meetings and phone call conversations with myself," manager Keith Hill told the club website.

"Whilst accepting Bobby's desire to leave, he is still under contract and the club reserves the right to a transfer fee."

Select your Chelsea XI for the FA Cup final.