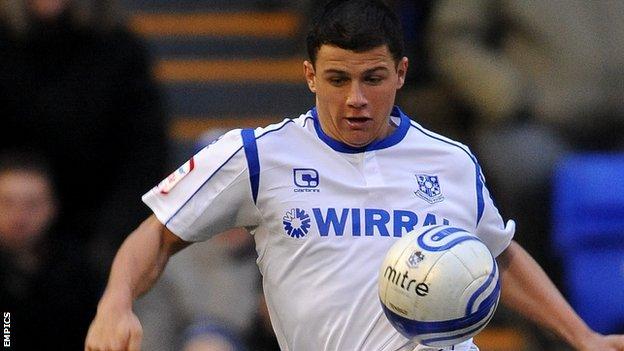 Championship side Barnsley have signed Bayern Munich forward Dale Jennings for £250,000 on a three-year deal.

The 20-year-old did not make a first-team appearance for the Bundesliga side in his two years with the European champions after joining from Tranmere.

But he did play 36 times for the club's second team in the German fourth tier.

"I was a bit gutted not to break into the first team but I learned a lot from my time at Bayern," Jennings told BBC Radio Sheffield.

"I was only 18 going over there, and it took me six to eight months to get used to it. It's a very good level, the German style of playing is perhaps the best at the moment.

"It's such a massive club it's very hard to break through. With a year left I thought it was best to move on. I was feeling a bit homesick and to be fair they said what mattered most was my happiness.

"I spoke with the manager and his assistant at Barnsley, and he said he had wanted to get me while I was at Tranmere. It looks a really promising situation with the results at the end of last season, so I believe we can do really well."

Jennings made 32 appearances for Tranmere, with his debut coming against Charlton at the age of 17, before moving to Germany for an undisclosed fee in 2011.