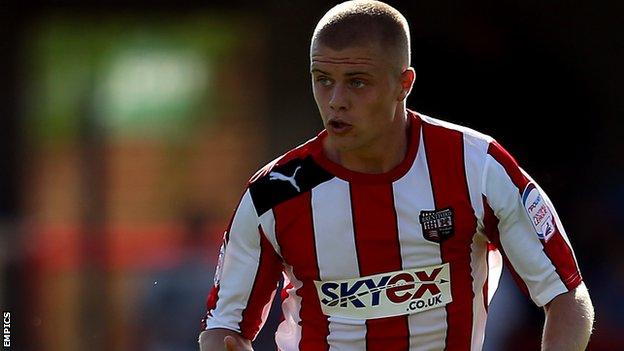 Brentford have clinched the permanent signing of Jake Bidwell from Everton.

The 20-year-old left-back, who has moved for an undisclosed fee, has signed a three-year contract.

An England Under-19 international, Bidwell has been on loan at Griffin Park during the last two seasons, making 75 appearances for the Bees.

"We are absolutely delighted to see a young player of Jake's talent commit his future to the club," said Brentford sporting director Mark Warburton.

"Over the last two seasons, Jake has delivered a consistently high level of performance and his desire and determination to give everything to the cause has been clear for all to see.

"He has displayed a maturity beyond his years and his all-round professionalism both on and off the pitch is an outstanding example for all other young players."

Bidwell progressed through the ranks at Everton and made his first-team debut for them in a Europa League tie against BATE Borisov in December 2009.

He was a key player as Brentford reached last season's League One play-off final at Wembley, where they were beaten by Yeovil.

Warburton added: "For Brentford Football Club it is vital that we secure the quality of player that will give us a very real opportunity to achieve our long-term goals.

"With Jake committing in this way, it is another very positive step forwards and we look forward to watching his continued progress in the seasons ahead."