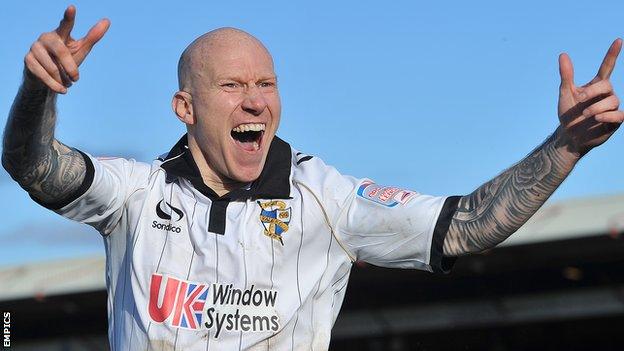 Port Vale striker Lee Hughes has committed his future to the newly-promoted League One club by signing a new one-year deal.

The 37-year-old, who joined Vale from Notts County, managed to score 10 goals to help secure promotion.

Hughes began his career at Kidderminster in 1995, going on to play for West Brom, Coventry City, Oldham, Blackpool (loan) and Notts County.

"It's going to be difficult, I think if we get extra players in and we keep the squad of players we had last season hopefully we will do well."