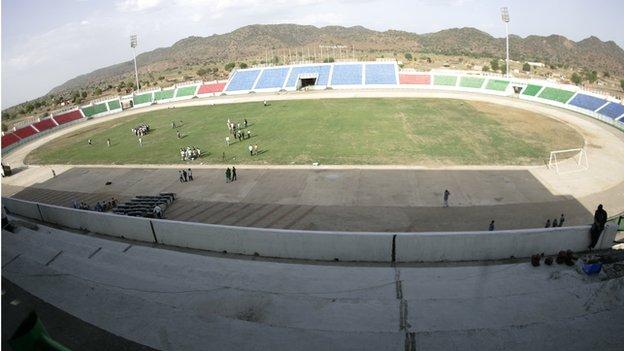 Several clubs including champions Yanga of Tanzania have withdrawn from the event, which is also being played in the troubled Darfur region.

Cecafa secretary general, Nicholas Musonye, flew to South Kordofan on Sunday with a delegation of Sudanese officials from Khartoum to ensure kick-off goes ahead as planned.

The officials urged people to support the event as security at all the games will be very tight.

Sudan is taking a big gamble.

The idea is to show the world that life continues in Darfur and South Kordofan, despite the bitter wars being fought there.

But many Sudanese are amazed at the idea.

Fasher is the home to the headquarters of the joint African Union and United Nations peacekeeping mission in Darfur, and is usually relatively calm.

However Kadugli, the capital of South Kordofan, has been shelled several times in the last few months, including last week, by the SPLM-North rebels.

SPLM-North's troops control the hilly areas near the town.

The rebels have told local media they will not stop their attacks when the tournament begins.

Perhaps Khartoum is calculating that the rebels will be castigated if anyone is hurt during the football.

Yet Sudan would surely be blamed too, for organizing a football tournament in a war zone in the first place.

Musonye also pointed out that Al Nasr from South Sudan had tried to reverse its earlier decision not to participate but their request had come to late.

There is an ongoing rebellion in South Kordofan and the state capital, Kadugli, where the opening match will be played, has been shelled several times over the past year.

On Friday, shells killed a UN peacekeeper in the city.

A separate conflict broke out in Darfur a decade ago and although the rebellion has subsided, the area is still home to numerous armed groups and bandits.

North Darfur capital Fasher, which is hosting several matches, is home to the joint UN-African Union mission, which is trying to bring peace to the region.

The people of South Kordofan's main city, Kadugli, are gearing up to host its first ever international event.

Match officials and referees arrived in the city on Sunday evening and paid a visit to the Governor Ahmed Harun at his residence.

Musonye also met Harun and the Local Organising Committee at the new 25,000 seater stadium in the city, which will host the opening match between El Hilal Kadugli and URA of Uganda.

He insisted that they awarded the event to South Kordofan and North Darfur in good faith and criticised the teams who chose not to take part. 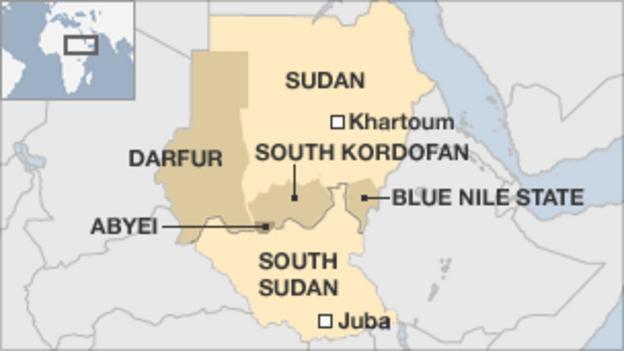 "They should shut up instead of undermining the tournament," he added.

URA captain Augustine Nsumba said he found Kadugli to be a "very safe place" and said his team had had a wonderful reception.

El Hilal Kadugli captain Hamza Othman said that hosting the tournament meant it had a special meaning for the team, bringing a "great responsibility".

The tournament goes ahead without several other big names from the region, with Kenya's Tusker and Simba of Tanzania all withdrawing over security concerns.

The SPLM-North rebels are active in both South Kordofan and neighbouring Blue Nile states.

They fought alongside rebels from South Sudan for many years but after the South's independence in 2011, found themselves north of the new border.