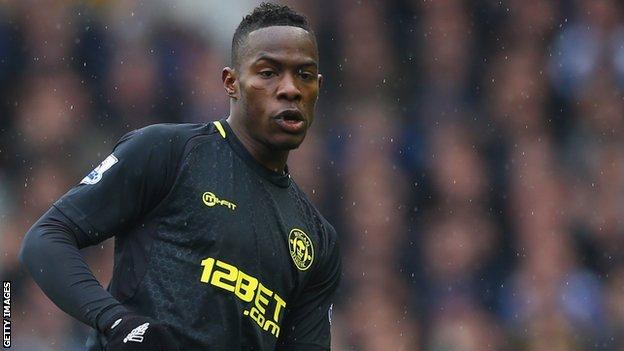 The Honduras international, 30, who played under Tigers boss Steve Bruce for the Latics, was out of contract with the Championship-bound side.

He joined Wigan on loan from Honduran side Deportivo Olimpia in January 2008 before joining permanently that December.

"It is a big challenge for me, but it's certainly one I'm looking forward to," he told the club website.

"When the team were playing the final few games in the Championship, I paid close attention to the results because I wanted Steve Bruce to achieve promotion.

"I was happy for him to earn the success. He is a great manager, and I'm looking forward to working with him again."

Figueroa made 41 appearances for Wigan last season but missed the FA Cup final success over Manchester City with a groin injury.

He is the second player to join the Tigers since they secured their return to the Premier League on the final day of the Championship season.