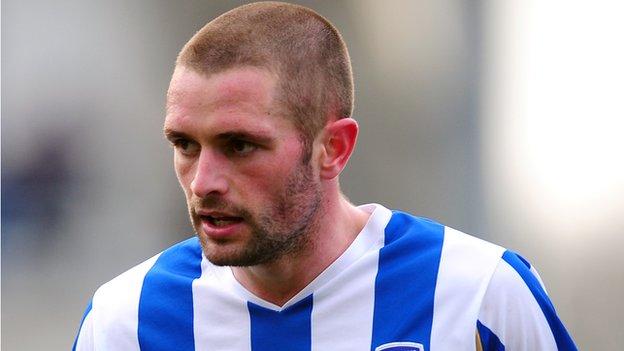 Colchester United defender John White has left the League One club after turning down a new contract.

The 26-year-old made over 250 appearances for the U's, having joined them as a schoolboy at the age of 11.

"It was a contract that would have seen his salary reduced but that is something that is happening pretty much across the board.

"We had hoped it would be enough for him to stay," manager Joe Dunne told the club's website.

White made his debut for the club in 2004 and was part of the squad that won promotion to the Championship two years later.

Since their return to League One, White has been a regular in the first team, although he had brief loan spells with Stevenage and Southend, but is now looking for a new club.

"John has been a fantastic servant for the club, and an extremely versatile member of the squad," said Dunne

"He has been with the club a long time and we've seen him progress through the youth system, into the reserves and then into the first team. It is the progress of players like John that we want to see more of."

"I've known him a long time and he is an honest, hard working and talented keeper," Dunne added.

"It's vital we have players like that around because their work ethic rubs off on others."