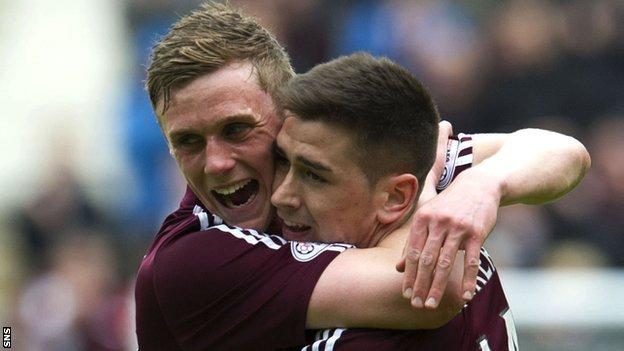 Jason Holt, Kevin McHattie, Calum Paterson and Jamie Walker are being looked at by Premier League and Championship sides.

Meanwhile, Hearts are said to be "accepting" of

The ban was issued after the club failed to pay their players on time on Friday.

Hearts owe £15m to Ukio Bankas, which has been declared bankrupt, and a further £10m to Lithuanian parent company, UBIG, which is claiming insolvency.

The club are also facing tax bills related to PAYE and VAT.

Holt, McHattie, Paterson and Walker all featured in the first team last season as Hearts reduced costs by parting with several experienced players.