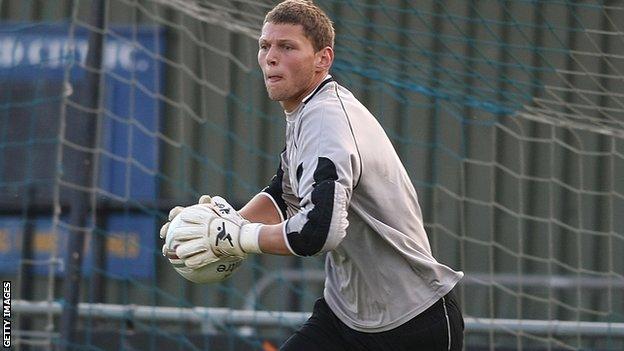 The 24-year-old Northern Irishman joined from Wycombe last season on a 12-month deal but had to wait until the final game of the season for his debut.

The 6ft 9ins stopper previously worked as a barman at the Wanderers' Adams Park ground while playing semi-professional football at Oxford City.

"Jason has really progressed and I'm pleased he will be staying with us," said manager Ronnie Moore.

"He has had to be really patient and watch a lot of games from the substitutes' bench but when he got his chance against Bournemouth he showed everyone what he is capable of.

"Hopefully Jason signing is just the start of things. We've been talking to a lot of players and agents and with pre-season training not far away I expect clubs and players will start making decisions."